What is the FHPW Woman of Excellence?

For over 35 years, the Federation of Houston Professional Women (FHPW) has recognized hundreds of extraordinary professional women in the Greater Houston area for their accomplishments, altruistic efforts, dedication and diverse backgrounds.

Each year, one woman from each organization is recognized as the Woman of Excellence for the contributions brought to her organization throughout the year. The Women of Excellence inspire other women by making a difference in peoples lives and helping them to succeed. These leaders possess the ability to inspire other women for the good of their organizations and businesses transforming them by impacting the Greater Houston Area. These amazing women go above and beyond donating their time, effort, talent and financial support to FHPW stakeholders, constituencies and communities.

This once in a lifetime recognition brings together a circle of women who seek to empower themselves, their organizations and other members of their community.

CFWN has an impressive list of honorees starting with Valerie Cavanaugh in 1993. 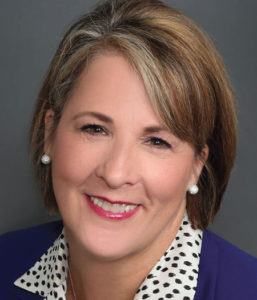 2018 Woman of Excellence
Jill B. Denson

WHAT IS THE FEDERATION OF HOUSTON PROFESSIONAL WOMEN?

Dr. Betty Ann Snead of University of Houston’s College of Business Administration began teaching Women in Administration courses starting in 1975 and quickly realized that women were being denied access to both necessary business information and valuable contacts.

Rosie Walker, Owner and Publisher of the Houston Working Woman’s Journal was a class speaker for Dr. Snead, a member of the American Business Women’s Network (AWBA) and a role model for female Entrepreneurs.

In the early 1980’s, business and professional networking organizations were emerging throughout the country. Similar efforts began to evolve within the American Business Women’s Association, Academic and Women’s Scientific and Medical Groups.

Dr. Snead, Rosie Walker and a third woman, Kay Allen, a field representative for the National Headquarters for the AWBA, came together to determine that an umbrella group representing Women’s Professional Organizations could be beneficial. The trio decided to meet quarterly with the aspiration to assemble a group large enough to attract speakers of National and International stature. They wanted to provide businesswomen the influence and presence so deeply needed; hence, a model constitution and bylaws for the organization was presented on March 31, 1981.

By September 1981, the Federation of Houston Professional Women (FHPW) was officially founded with officers elected to serve through the 1982 calendar year.

The establishment of a non-profit Educational Foundation also began in 1990. Since 1997, FHPW has given over $410,000 to Texas woman of all degrees and ages.

Money is raised from the Annual Women of Excellence gala by donations provided by individuals, member organizations and companies owned by FHPW members.

For more information about FHPW, please visit the Federation of Houston Professional Women.